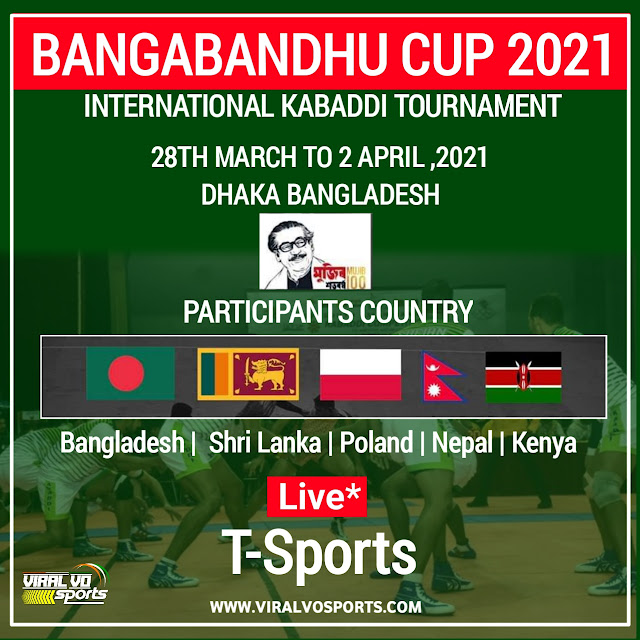 Bangabandhu Cup 2021 International Kabaddi Tournament will commence at the Shahid Noor Hossain National Volleyball Stadium in the capital on March 28.

The government of Bangladesh has taken various initiatives to celebrate the birth centenary of Father of the Nation Bangabandhu Sheikh Mujibur Rahman and the golden jubilee of independence.  Various events are also going on in the stadium.

Following that, Bangladesh Kabaddi Federation is going to organize Bangabandhu Cup 2021 International Kabaddi Tournament on the occasion of Silver Jubilee of Independence and Mujib Centenary.
The ‘Bangabandhu Cup 2021 International Kabaddi Tournament’ is going to be held in Dhaka from March 26 to April 2, 2021.
Poland, Kenya, Sri Lanka, Nepal and the host Bangladesh national kabaddi team will take part in this Tournament. This is the biggest tournament in the history of Kabaddi in Bangladesh, Where national teams from five countries will take part.
All the matches of the tournament will be telecast live on the satellite television channel T-Sports.