Breathe! We just witnessed arguably the greatest T20 ever! A T20 in which the winner was eventually decided after 44 overs of breathtaking cricket.

There was no shortage of drama and action as Mumbai Indians (MI) and Kings XI Punjab (KXIP) played out two Super Overs before the latter emerged victorious in Match 36 of the Dream11 Indian Premier League (IPL) 2020 at the Dubai International Cricket Stadium on Sunday.

After the scores were tied at 176 in the 20 overs/side contest, the game headed into the first Super Over.

KXIP batted first with KL Rahul, Nicholas Pooran and Deepak Hooda sharing the batting responsibilities. Jasprit Bumrah, who had earlier returned the figures of 3/24, was handed the ball by MI. 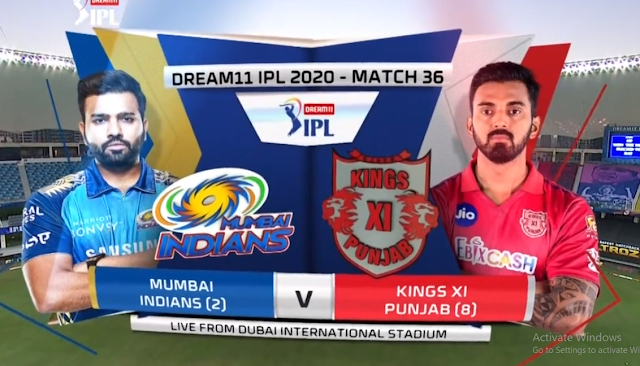 Rahul started the proceedings with a single before Pooran got out on the second ball. The next three balls saw MI concede 4 runs. On the last ball of the over, Bumrah delivered a perfect yorker and trapped Rahul LBW and helped MI restrict KXIP to 5/2.

Shami replicated what his Indian teammate had done earlier and kept things tight, giving just three from first four balls. With two needed on the final ball to seal a win, de Kock was caught short of his crease while completing the second run and the match headed to the second Super Over.

The rules meant that neither Rahul, Pooran, Hooda, Shami, Bumrah and de Kock could bat and bowl again.

MI batted first in the Second Over and opened the innings with Kieron Pollard and Hardik Pandya, with Suryakumar Yadav waiting in the wings as the third batsman. Chris Jordan bowled the second Super Over for KXIP.

While the England pacer hit the right length on the first ball, bowling a yorker, he had to re-bowl his second ball after conceding a wide. The third legitimate delivery of the over went for a four after Pollard creamed one through the covers. Jordan bowled another wide before Pandya was run-out on the fourth ball.

The fifth ball was a dot before Mayank Agarwal put in a stunning effort to save a six. He leapt, got hold of the ball and kept his cool to push it back in the field of play before landing behind the boundary rope to save four runs, helping KXIP to limit MI to 11/1.

Defending 11, MI turned to Trent Boult while Chris Gayle and Mayank walked out to bat, with the left-hander on strike. The Universe Boss hammered a six over the long-on on the first ball and then ran a single. With 5 needed from 4, Mayank went aerial over the off-side to hit a four and then closed out the game.

Earlier, after electing to bat, MI scored 176/6 on the back of de Kock’s 53. The left-hander continued his good run of form to bring up his third successive half-century and did a fine rebuilding job with Krunal Pandya after MI lost three wickets in the powerplay, with not more than 43 runs on the board.

While the two put up a 58-run stand, they got out in the space of 20 runs. However, Pollard and Nathan Coulter-Nile hammered 54 runs in the last three overs, with Pollard scoring an unbeaten 34 off 12 balls and Coulter-Nile chipping in with 24 not out of 12.

Needing 177 runs to win, Mayank survived a few close calls before Rahul cut loose in the third over, hitting three fours and a six off Trent Boult. While Rahul continued his merry ways to take KXIP past fifty in the powerplay, KXIP lost Mayank and Gayle before the halfway stage of the chase.

Rahul and Pooran then added 33 runs together. But MI struck twice in quick succession to dismiss Pooran and Glenn Maxwell. Although Rahul brought up yet another half-century of the season, Bumrah, in the 18th over, dished out a perfect yorker to get Rahul out for 77.

Hooda and Jordan though made sure that KXIP stayed in the hunt before the latter got out on the final ball, with scores levelled.