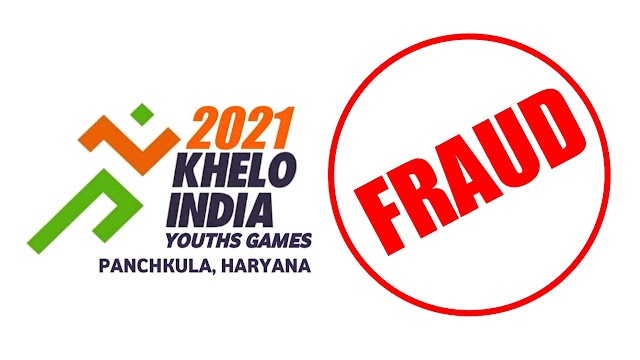 Khelo India Games are scheduled to be held at Panchkula in Haryana in 2021. Ministry of Youth Affairs and Sports in a statement said that the arrests were made following a FIR lodged by the Sports Authority of India with the Uttar Pradesh Police.

I am happy to share that the 3 persons, Sanjay Pratap Singh, Anuj Kumar and Ravi, involved in fleecing money from athletes with the assurance of helping them to participate in Khelo India Games 2021 have been apprehended by UP Police this morning, following a FIR by SAI. pic.twitter.com/PQvNalkK1I

The false advertisement invited applications from athletes to take part in the Khelo India Games scheduled to be held in Panchkula in Haryana in 2021. The advertisement asked the athletes to pay Rupees 6000 to participate in the Games. The arrests came close to heels of Sports Authority of India (SAI) filing a FIR with the Uttar Pradesh Police.

The three persons arrested are Sanjay Pratap Singh, Anuj Kumar and Ravi. Sanjay is an ex-kabaddi player hailing from Agra and had created a fake ID by the name of Rudra Pratap Singh to interact with athletes.

Anuj and Ravi, meanwhile, provided their account numbers of Canara Bank and State Bank branches, where athletes were asked to deposit the money. The accounts have been frozen by the banks and investigation is under process to identify the total number of athletes who had deposited money in the two accounts.

SAI had demanded an immediate probe and action.

“The Sports Authority of India has received several complaints from grassroots-level athletes from across the country that an advertisement has been posted on social media platforms inviting applications to participate in the Khelo India Games scheduled in Panchkula in Haryana in 2021,” the governing body said in a statement.

SAI said the advertisement also used “logos of the Ministry of Youth Affairs and Sports, Sports Authority of India and Khelo India, which misled several athletes to believe it to be a government advertisement.”