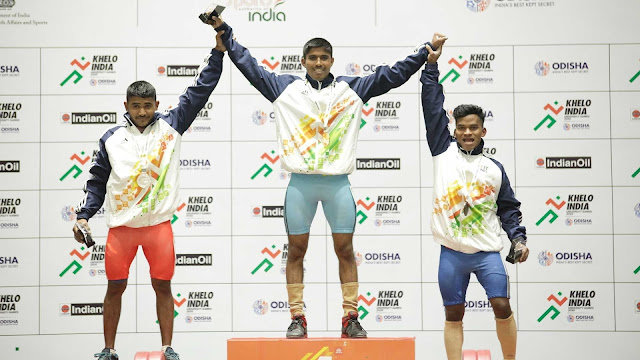 “I was very eager to clinch gold. I won gold even at the Khelo India Youth Games. I have never lifted this weight before and I’m really happy that I broke the national record. I had prepared really well to break the national record here,” said Sanket.

Meanwhile, Prashant set a new record in 110kgs snatch lift. The previous record was held by R Madhavan from Pondicherry.

Prashant, who is from Sangli near Kolhapur, said he was really happy that he broke the national record and won silver. “I got into the sport because of my cousin, he is a weightlifter and his coach saw me one day when I was taking the goats to graze in the field. He asked me to join my brother and start training. I am grateful to him that he spotted me and gave me an opportunity,” said the 20-year-old.

Prashant was part of the Khelo India Youth Games but failed to clinch a medal because he was recovering from a sickness. “After I missed out a medal during the Youth Games I was really keen on winning a medal here. I’m really happy that I set a new record,” said the athlete.