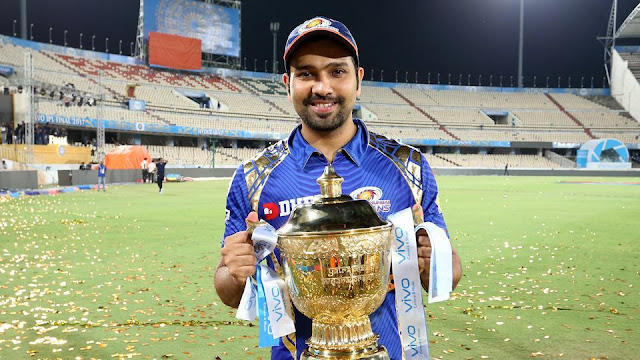 All eyes will be on this man as he leads Mumbai Indians, the three-time champions of the VIVO IPL. The team in blue and gold are aiming to become the most successful side ever by capturing their fourth title and Rohit Sharma is the most important cog in MI’s wheel. A prolific run-getter, the Hitman is one of the most naturally gifted batsmen in the world.
When it comes to the shorter format, there are few who can match his striking abilities. Rohit proved why he is regarded as a special talent when he became the first batsman to strike two double centuries in the ODIs. He was one of the most consistent Deccan Chargers batsmen in the first three seasons of the IPL, and was instrumental in his former franchise winning the 2009 crown.
However, since 2011, Rohit has been an integral part of the Mumbai Indians guiding their batting line-up. He took over the team’s captaincy a couple of games into the 2013 season and led MI to their maiden IPL title. In the same year, MI also completed a grand double when they clinched the Champions League T20 title. His captaincy was put to test in the 2015 season after the team won just one of their first six games and were struggling to stay afloat. Mumbai Indians then staged a remarkable turnaround and lifted the Trophy for the second time with a convincing win in the final. Rohit, who made a half-century, was named the Player of the Match. The Mumbai Indians finished fifth in the last season and missed out on a playoff berth. They had an up and down season in 2018, but in the 12th edition, they will be looking to start strong and seal a spot in the final four.

IPL 2022: Match 1 – Kolkata Knight Riders won the match by 6 Wickets against CSK. Shreyas Iyer finish the match with a four on his Captaincy debut for KKR.