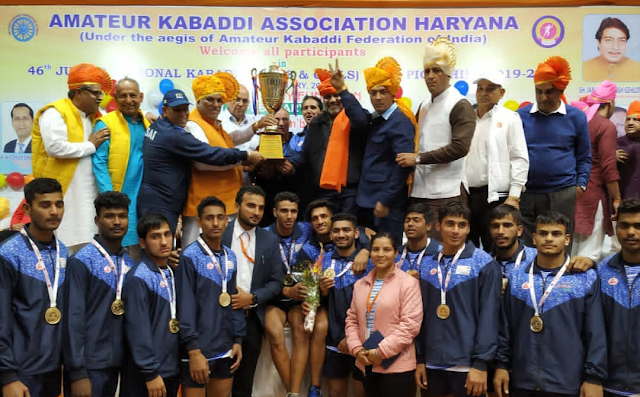 The Sports Authority Of India Team clinched the title by defeating Uttar Pradesh by a 37 – 32 margin in the Boy’s kabaddi summit clash in the ongoing 46th Junior Nationals Kabaddi Championship 2020. SAI’s Karamveer scored five tackle points and Meetu, who led the raiding with scored 14 raid points. In the first half, Uttar Pradesh was ahead of the 8 point lead. But Sai comeback in the second half and defeated Uttar Pradesh to retain the title. 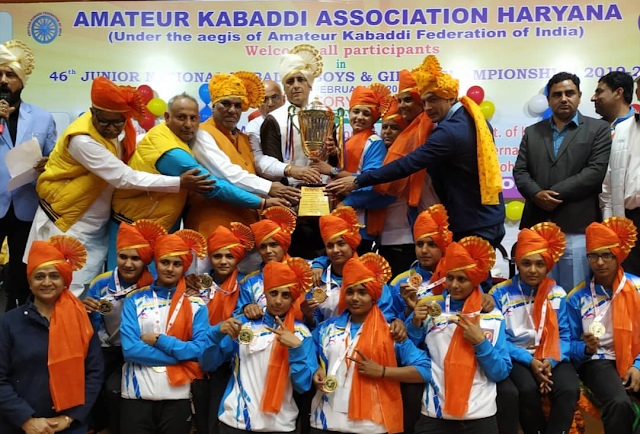 In the girls’ category, Hosts Haryana registered an extravagant victory against SAI by 28-19 points. Haryana’s Muskan Malik Scored six raid and six tackle points. In the first half, SAI surpassed Haryana by 2 points. SAI was ahead of the 2 point lead in the first half. But Haryana Girls comeback in the second half and defeated SAI.